What is a Coconut Fruit? 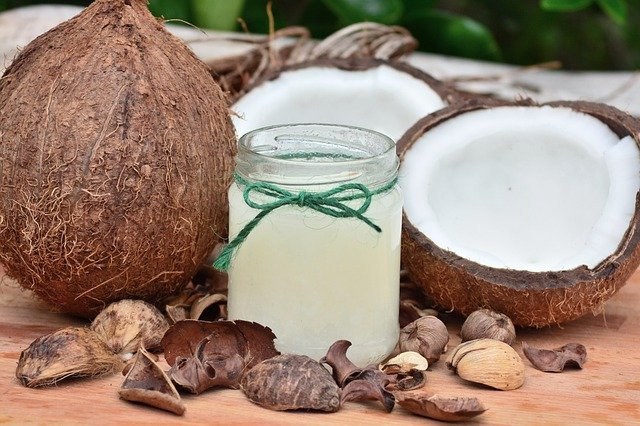 Despite having the word “nut” in its name, a coconut is a fruit — not a nut. In fact, a coconut falls under a subcategory known as drupes, which are defined as fruits that have an inner flesh and seed surrounded by a hard shell.

Not too long ago, coconuts had a bad reputation as being an artery-clogging, cholesterol-packed food that contributed to heart disease. Today, however, the coconut is making a huge comeback as the new miracle food.

Coconuts grow on palm trees with the scientific name Cocos Nucifera. They likely originated in India and Southeast Asia. Today, coconuts grow in warm climates across the globe, such as the Caribbean and parts of Africa and South America.

Coconut meat is the edible white flesh lining the inside of a coconut, also called the “kernel.” Coconut meat can be used to create coconut oil, coconut cream, coconut milk, and dried coconut. Of course, you can eat it fresh, too. 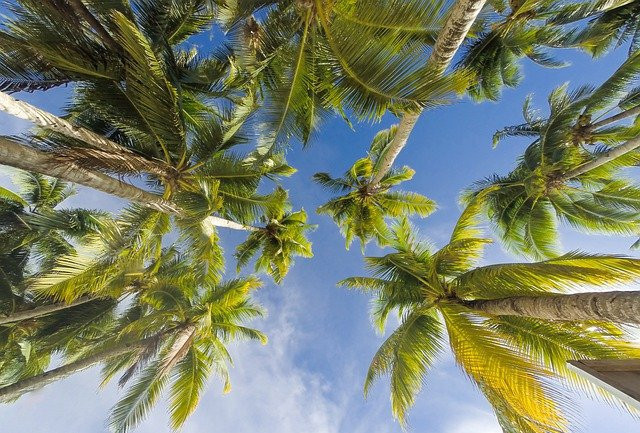 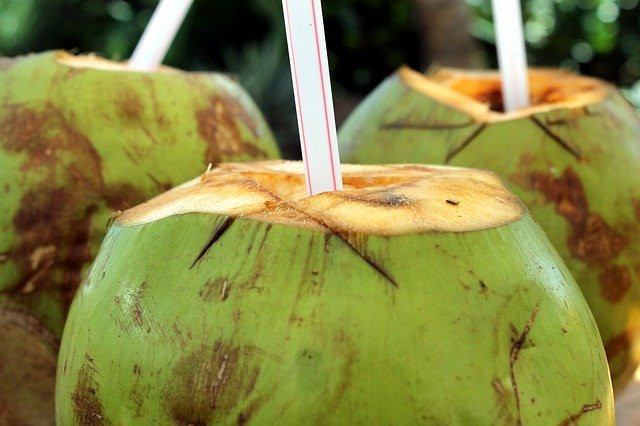 Then, he would open up those coconuts to give you to drink the coconut water and I must tell you, that was the freshest way to drink that coconut water. It feels so refreshing and cools your throat so great especially when the sun was too hot. 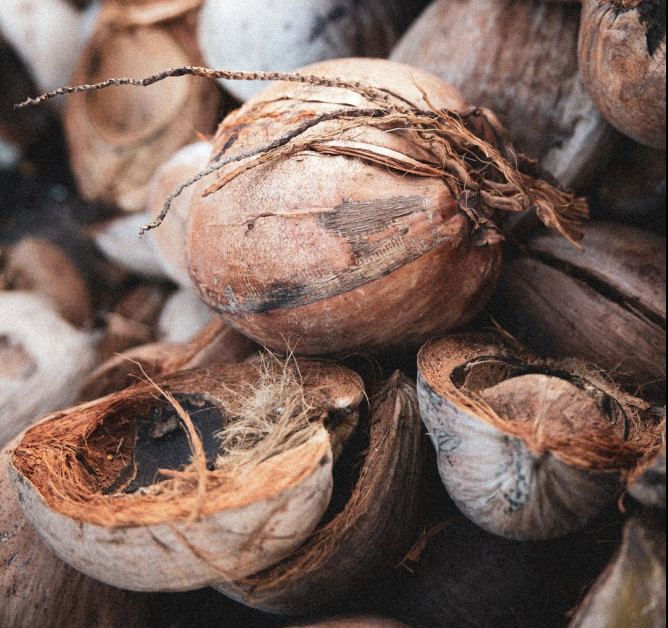 When we were growing up, we used to live in a home with wooden floors all over the house except in the kitchen. My Mom would designate each one of us, siblings to polish the floor every Saturday as there was no school on that day and because the whole house was big, the flooring would be divided among us, siblings to polish.

We never used those commercial floor polishes. What we used was the coconut husk. That’s right, coconut husk. What we did was when the coconut was cut in half and the meat was taken out, we dried the husk and used it to polish the floor.

You stepped on that half of the husk and just moved your leg upward and backward and you could go at a speed where you could be comfortable. I must tell you, the faster you did it, of course, the better. You could also use your hands if that was what you preferred to do. 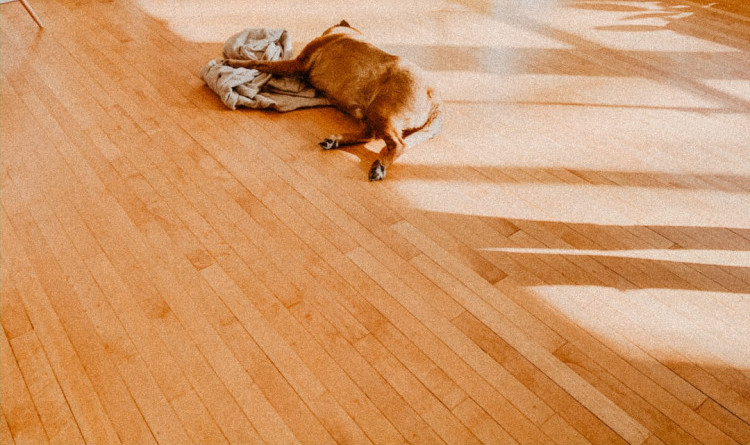 Oh, yes, it was tiring but when you saw the effects of your work, it was so amazingly shiny and clean looking. You could actually slide down and up and slippery. We always had fun because it was really fun work and we all had our share to do it and experienced the task that we were designated to do.

We had cousins who came to our house and helped us too and they all had fun with us too. That was a very common floor polish in those days which was so organic.

Coconut meat is high in fat and calories while moderate in carbs and protein.

The nutrition facts for 1 cup (80 grams) of fresh, shredded coconut meat are 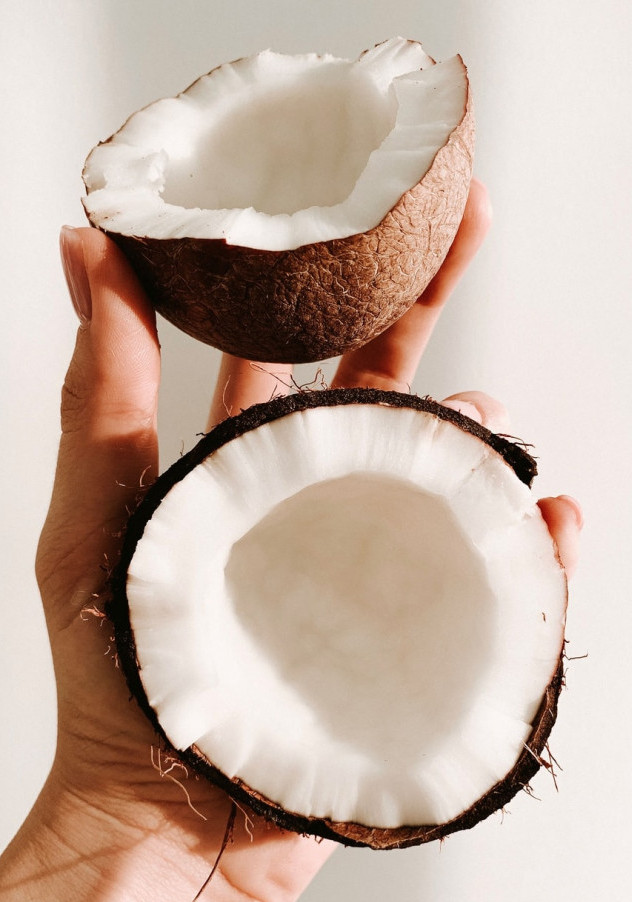 Coconut is a unique fruit because of its high-fat content. Around 89% of the fat in its meat is saturated.

Most of these fats are medium-chain triglycerides (MCTs), which are absorbed intact in your small intestine and used by your body to produce energy.

Most of this fiber is insoluble, meaning that it doesn’t get digested. Instead, it works to move food through your digestive system and aids bowel health. 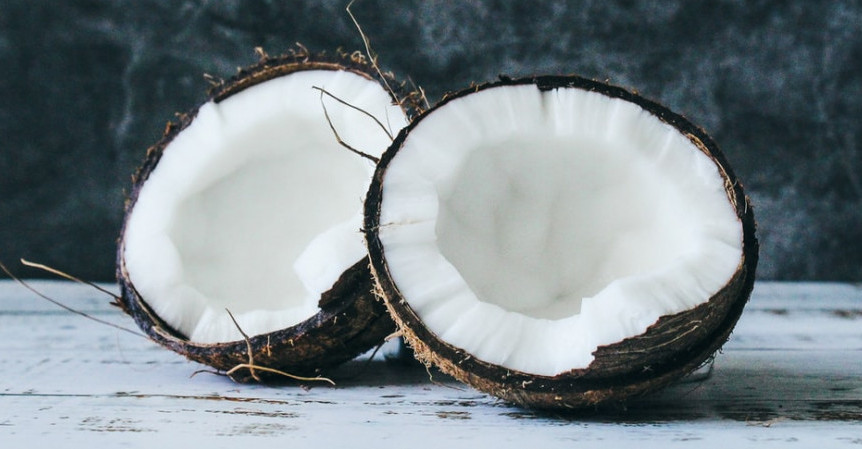 Furthermore, the soft meat or flesh, inside the coconut helps to restore oxidative tissue damage and contains a source of healthy fats, proteins, and various vitamins and minerals. 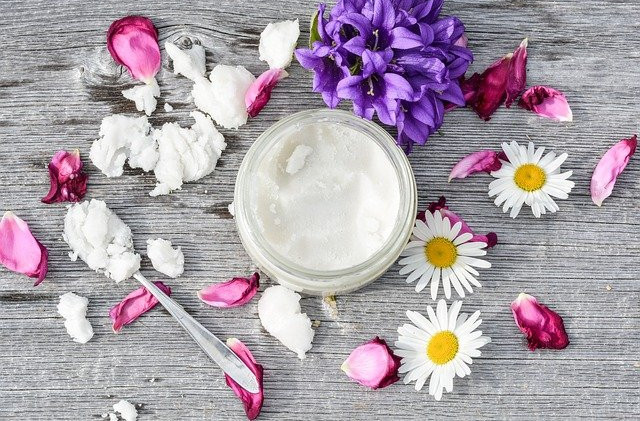 To add to its impressive list of benefits, coconut oil can also be used topically on the skin and hair.

Instead of bathing your skin with synthetic toxic lotions and creams, coconut oil can be used to nourish and moisturize your skin, scalp, and hair.

Coconut oil has been used in both food and medicine for many centuries. 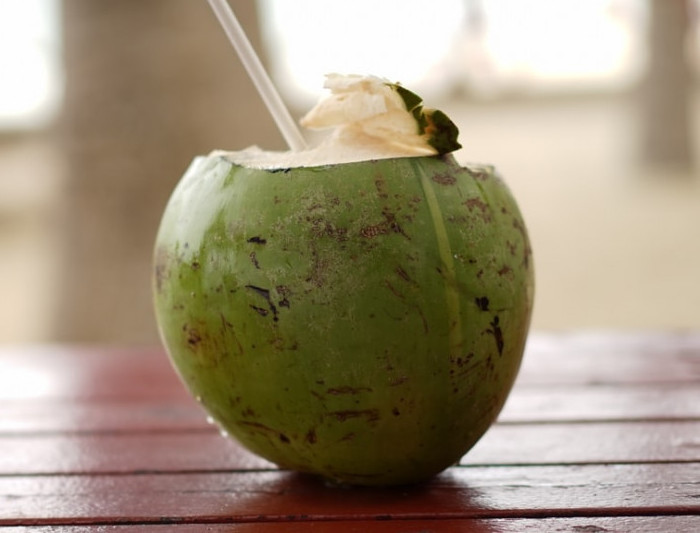 Young coconuts are more health-enhancing of the two. The water in the young coconut is one of the highest sources of electrolytes.

Electrolytes are responsible for keeping the body properly hydrated so the muscles and nerves can function appropriately.

Therefore, it is more beneficial to drink the water from a young coconut after an intense workout rather than the commercial sports drinks we see advertised.

4. May aid in digestive health 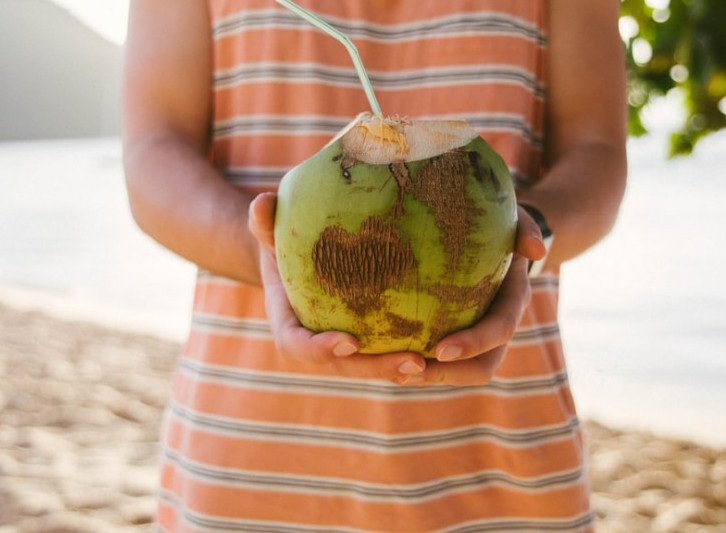 Coconuts are high in fiber, which helps bulk up your stool and supports bowel regularity, keeping your digestive system healthy.

Since these fruits are likewise high in fat, they can help your body absorb fat-soluble nutrients, including vitamins A, D, E, and K. Additionally, the MCTs in coconut meat have been shown to strengthen your gut bacteria, which may protect against inflammation and conditions like metabolic syndrome.

What’s more, coconut oil may reduce the growth of harmful yeasts, such as Candida albicans, which can cause serious infections. 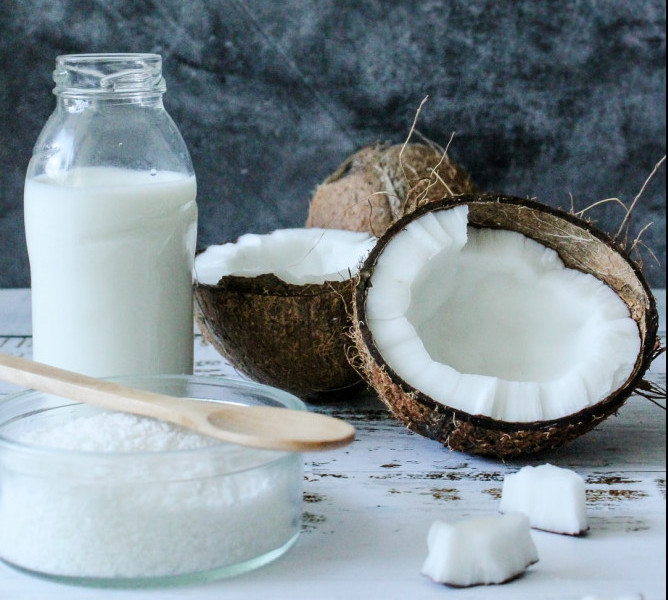 Despite its natural healing wonders, a lot of people are still confused about whether or not coconut oil is good for our health because of its high content of saturated fats.

The white flesh is shredded, collected, and then cold-pressed at 90–100 degrees Fahrenheit. Unprocessed, unrefined virgin coconut oil is not hydrogenated and is a safe choice for consumption. 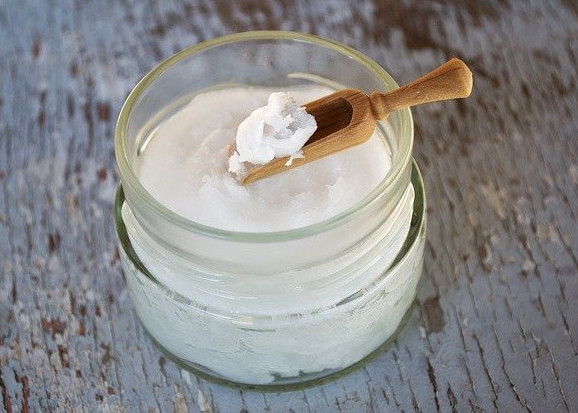 One 4-week study gave 91 people 1.6 ounces (50 ml) of either extra virgin coconut oil, extra virgin olive oil, or unsalted butter daily. Those in the coconut-oil group showed a significant increase in HDL (good) cholesterol, compared with those given butter or olive oil. 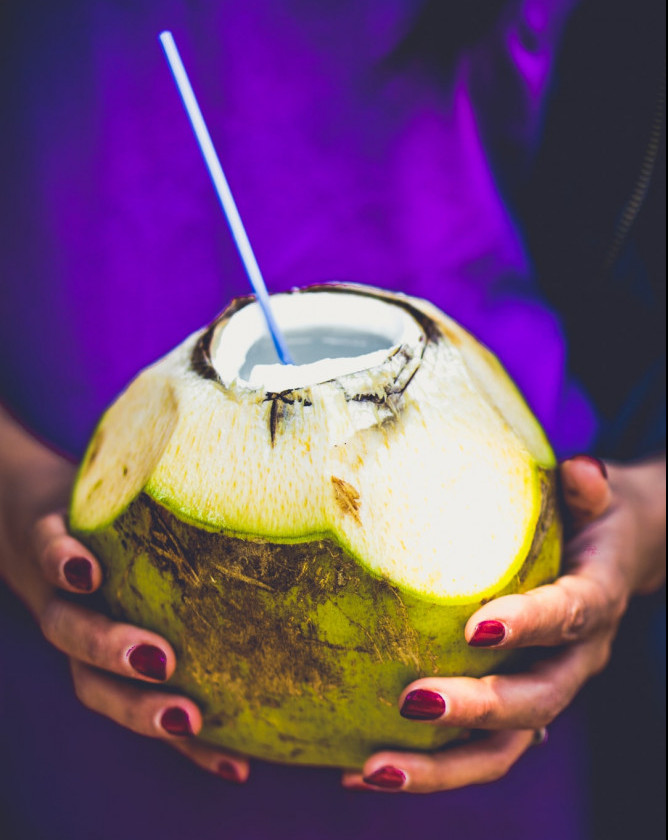 Coconut water is also low in calories, carbohydrates, and sugars, and is almost completely fat-free. In addition, it is high in ascorbic acid, B vitamins, and proteins. 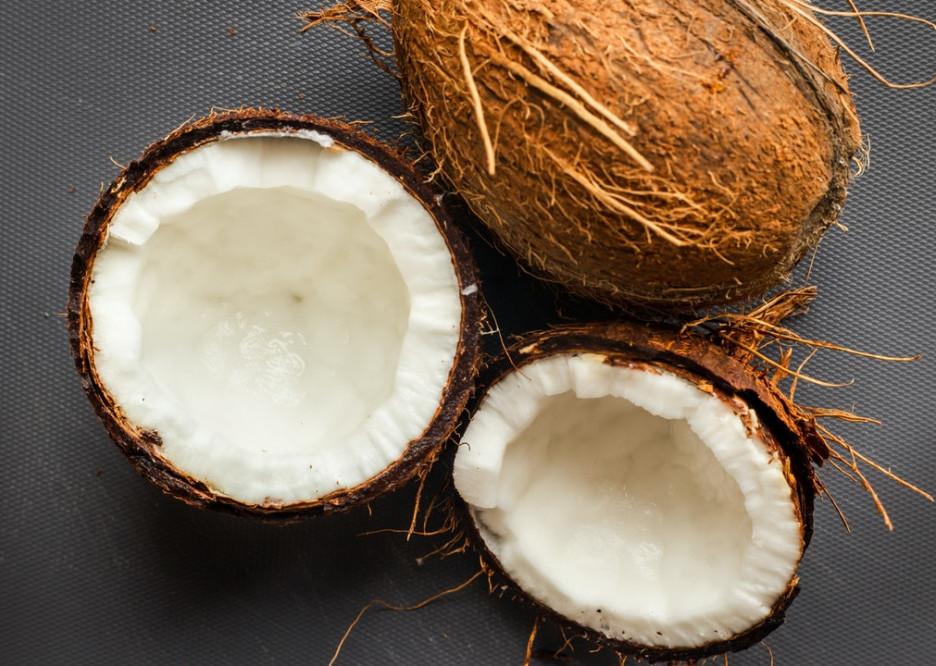 Studies suggest that the MCTs in this fruit may promote feelings of fullness, calorie-burning, and fat burning, all of which may support weight loss.

Additionally, the high fiber content of coconut meat can boost fullness, which may help prevent overeating.

A 90-day study in 8 adults found that supplementing a standard diet with 1.3 cups (100 grams) of fresh coconut daily caused significant weight loss, compared with supplementing with the same amount of peanuts or peanut oil.

9. May improve your endurance. 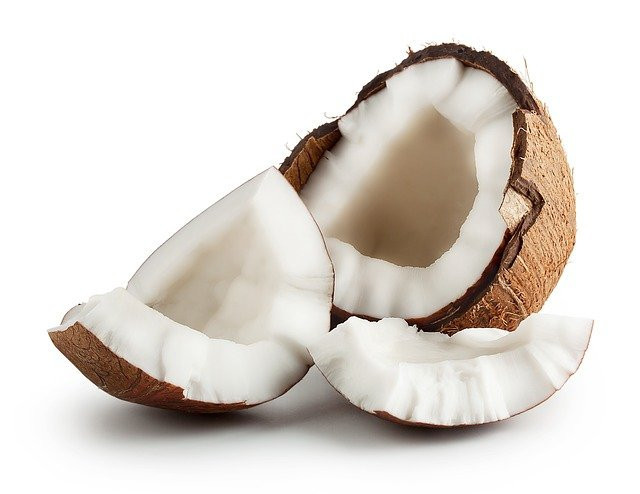 Coconut meat contains large amounts of medium-chain fatty acids (MCFAs), a type of saturated fat that is much easier for the human body to digest than animal fats.

These fats, also called medium-chain triglycerides (MCTs), have been demonstrated to boost the endurance of trained athletes.

10. May give you better oral health. 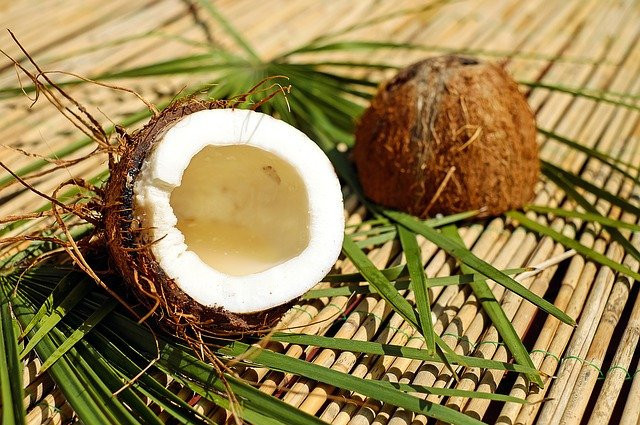 The MCFAs found in coconut meat also contain antimicrobial properties. These can be useful in preventing infections related to root canals and other teeth issues. Although eating coconut meat is not a substitute for proper dental hygiene, it can help kill some of the unwanted bacteria found in your mouth and protect your gums and teeth from infection or cavities.

Other Health Benefits of Coconut

Apart from the benefits mentioned above, here are seven more to take advantage of:

Other Uses of Coconut Meat

In my country, it is too common to have these three uses of coconut meat to put on top of the sweet delicacies such as sticky rice available in the market and in a lot of stores eaten especially as a dessert or just plain snacks. It makes the food tastier and more appealing. 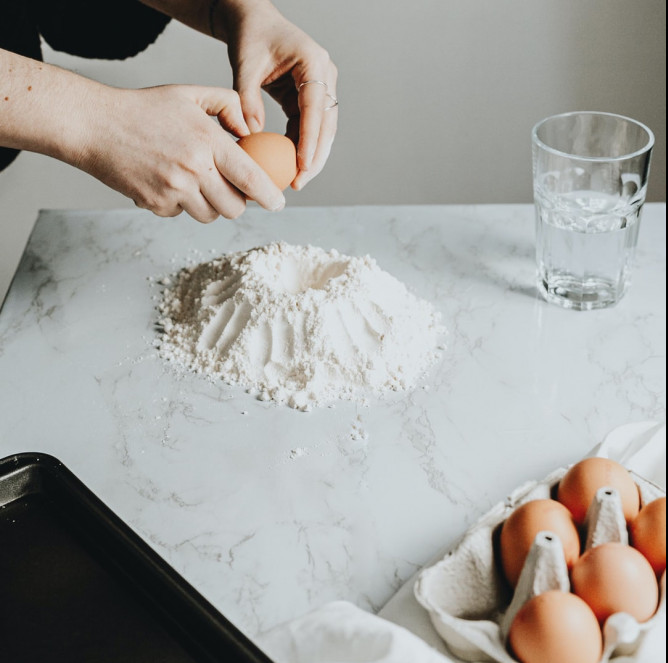 Coconut flour is simply dried ground-up coconut meat. Coconut flour is gluten-free, low in carbohydrates, high in fiber, and ideal for baking. Sometimes it can be fried until it is brown-looking. 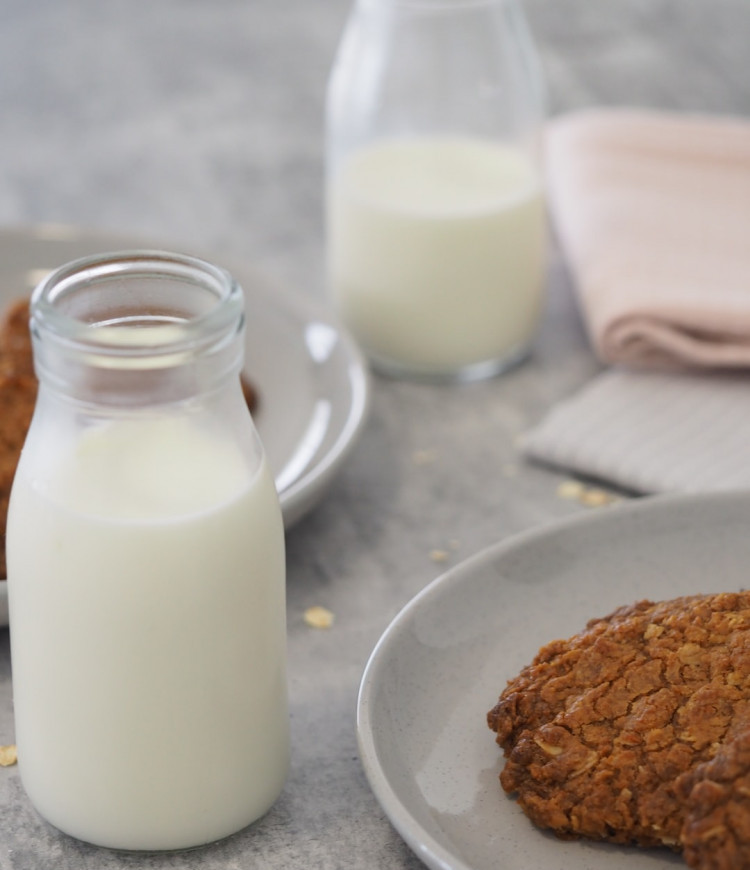 Coconut milk is made by mixing shredded fresh coconut meat with water and then squeezing it through a sieve or cheesecloth.

The thick creamy liquid that comes out is coconut milk. It can be used for Thai curries and stews and other main dishes.

Coconut cream, on the other hand, is basically coconut milk without all the water. It is thicker and pastier.

Coconut cream can be used to make dairy-free whipped cream or make your own coconut yogurt. 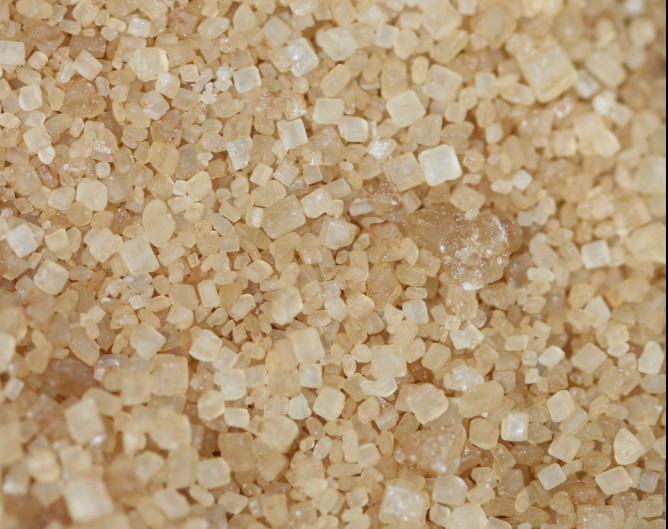 Coconut sugar is derived from coconut sap. It is the sweet juice extracted when the budding flower is just about to grow.

This process offers a delicious, sweet taste similar to brown sugar with a hint of caramel, with vitamins, minerals, and amino acids.

Coconut sugar is considered a low-glycemic food and is diabetic-friendly. Use coconut sugar as you would commonly use other sugars and sweeteners. 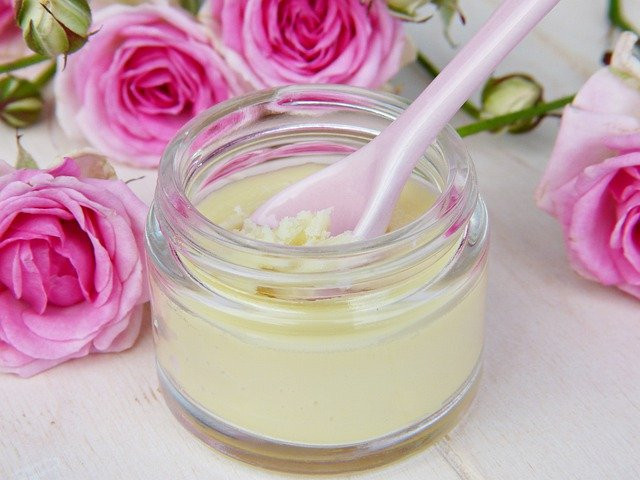 One of the benefits of coconut oil is it’s more stable than olive oil when exposed to heat. In other words, it doesn’t change its composition.

This explains why you may want to cook with coconut oil instead of olive oil. Olive oil, though, still makes a nice ingredient in salad dressings, along with apple cider vinegar.

Affiliate Disclosure: I am grateful to be of service and bring you resources, like this. In order to do this, please note that whenever you click the links in my posts and purchase items, in most (not all) cases I will receive a referral commission.

Information on this site is not intended to diagnose, treat, cure, or prevent any disease. We encourage you to do your own research. Seek the advice of a medical professional before making any changes to your lifestyle or diet.

AsYouEatSoAreYou.com likes to share. Please feel free to repost articles as long as you always link back to the original and credit the author. Thank you ever so much.