What is a Mushroom? 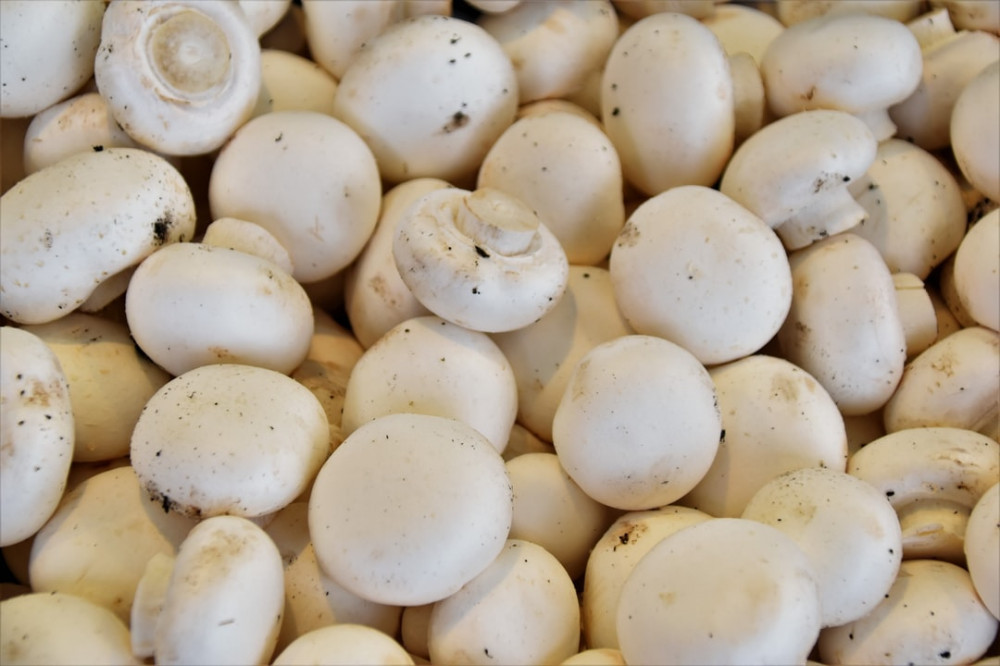 A mushroom or toadstool is the fleshy, spore-bearing fruiting body of a fungus, typically produced above ground, on soil, or on its food source.

Mushrooms have been eaten and used medicinally for thousands of years, all around the world. Ancient Egyptians considered mushrooms to be plants of immortality and recognized them as a gift from the god Osiris.

They valued mushrooms so highly, only the royals were allowed to consume them; commoners were forbidden to touch, much less eat them.

Today, mushrooms are growing in popularity worldwide due to their nutritional properties and versatile uses in the kitchen.

And mushrooms have been used for thousands of years in cultures around the world, particularly in Asian countries.

Mushrooms are mainly found in forests and areas with a lot of moisture. They are classified as a saprophage (a fancy word of Greek origin, meaning “eats rotting stuff”), and therefore don’t have chlorophyll, so they don’t require sunlight to grow.

Saprophages tend to grow in peat, on logs or trees, and in soil and thrive in moist environments by extracting nutrients from dead and decaying plant and animal matter.

Mushrooms are fungi — as are yeasts and molds. Fungi get their own kingdom, just like plants and animals. What we call a mushroom is technically the fruiting body of a type of fungus.

It’s made up of three parts: the stipe (stem), the pileus (cap), and the lamellae (gills). The “seeds” of the mushroom “fruit” are its spores, which form a network of microscopic rooting threads called mycelium.

This is a mass of thread-like branches that the mushrooms used to decompose nearby plant material in order to extract nutrients. Mycelium can live for many years, communicating with other plants and sending up its annual crop of mushrooms. 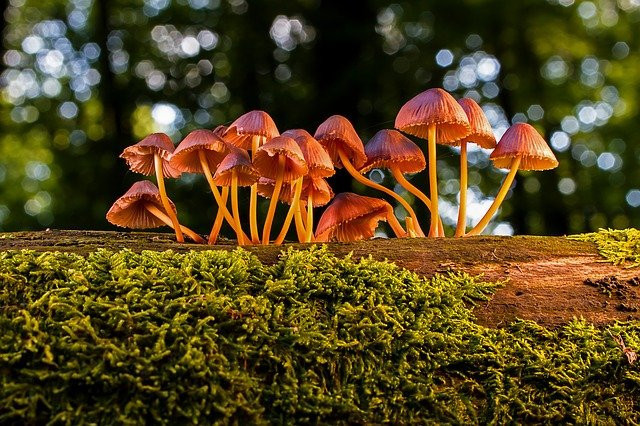 The mycelium can be small and compact or can span underground over thousands of acres with mushrooms popping up out of the ground sporadically or in clusters.

The world’s largest organism is thought to be a mycelium network belonging to a mushroom technically called Armillaria ostoyae, or commonly known as the honey mushroom, found in Malheur National Forest, Oregon.

The Nutritional Value of Mushrooms

Mushrooms are packed with nutritional value. They’re low in calories, are great sources of fiber and protein (good for plant-based diets).

They also provide many important nutrients, including B vitamins, selenium, potassium, copper, and (particularly when exposed to the sun) vitamin D.

And even though they’re commonly white, they’re packed with as many antioxidants as more colorful fruits and vegetables.

Interestingly, mushrooms share a nutrition-related benefit with humans. That single cup serving also contains approximately 23 IU of vitamin D2. We humans aren’t the only clever organism that produces vitamin D in our skin when exposed to direct sunlight; mushrooms can do the same.

(Admittedly, however, 23 IU of Vitamin D is only about 6% of your daily value, so although the vitamin D in mushrooms is a fun fact, you’re probably better off getting sunshine or considering supplementation, unless eating 4 pounds of mushrooms per day is your idea of a good time.)

In addition to mushrooms producing vitamin D2 from the sun, lichen is one of the few other plant-based sources of both vitamin D2 and D3.

Now, modern scientists are discovering some fascinating healing properties of mushrooms. And certain types of mushrooms have been studied for their medicinal benefits.

Images from The Mushroom Council (http://www.mushroominfo.com/varieties/). 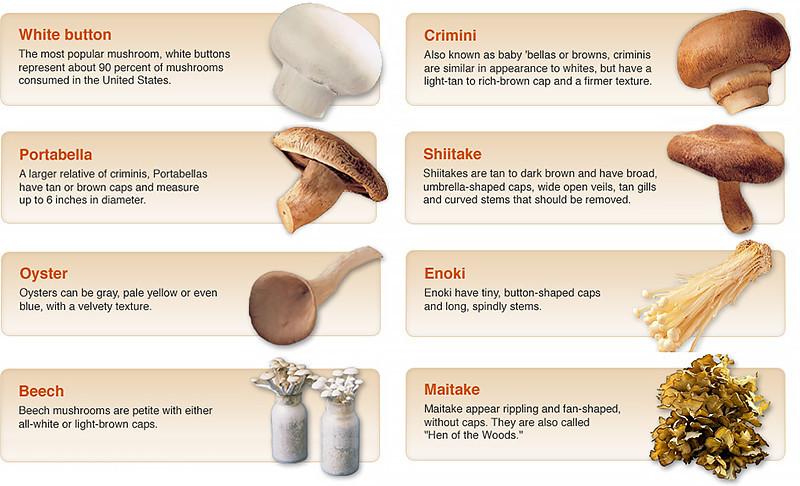 Mushrooms are a rich source of compounds and complex substances with antimicrobial, antiviral, anti tumor, anti allergic, immunomodulating, anti-inflammatory, antiatherogenic (against the formation of fatty deposits in the arteries), hypoglycemic, and hepatoprotective (good for the liver) properties.

1. They are good for your immune system. 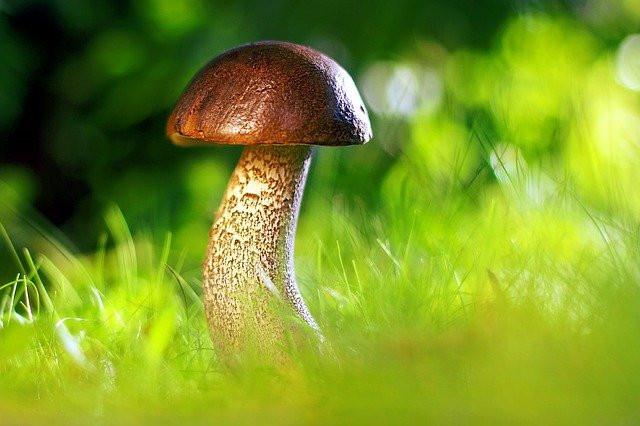 In a 2011 study led by researchers at the University of Florida, participants who ate a four-ounce serving of shiitake mushrooms each day for four weeks had better-functioning gamma delta T-cells and reductions in inflammatory proteins.

The researchers concluded that regular mushroom consumption could enhance the immune system while reducing excessive inflammation.

Vegans and vegetarians were excluded from the study, as were people who already were eating at least seven daily servings of fruits and vegetables, under the assumption that they probably already had powerful immune systems.

So the study didn’t tell us how much marginal improvement you might expect if you add shiitakes to an already plant-based diet.

We do know that mushrooms are also a rich source of compounds called beta-glucans, which activate leukocytes — or white blood cells — to help fight off foreign substances and diseases.

2. They may have anti-aging properties. 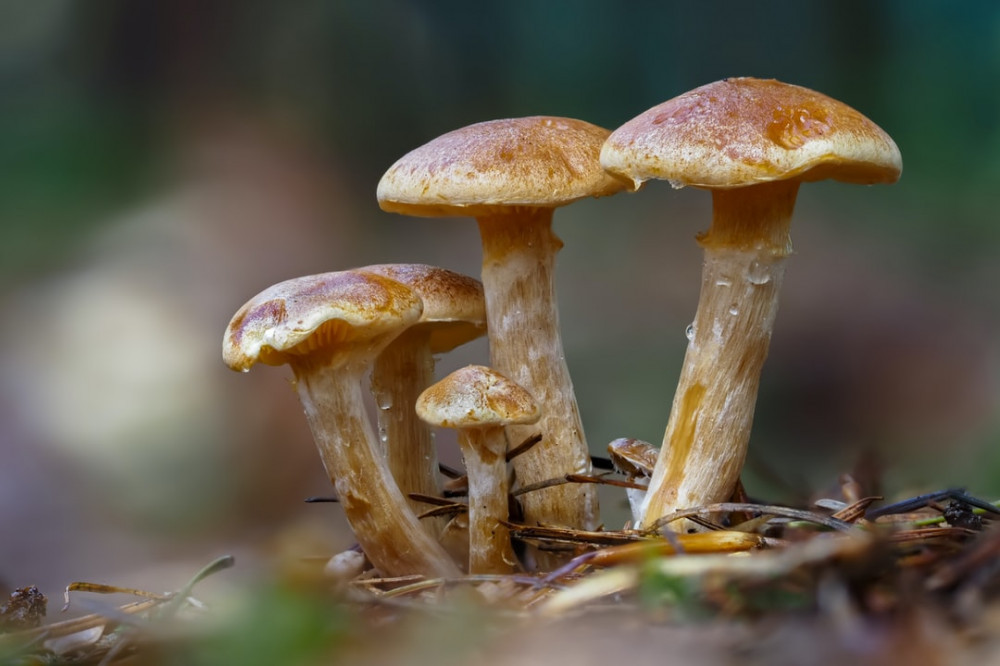 Mushrooms are high in antioxidants, compounds that fight the free radicals and oxidative stress that are responsible for damage to cells from diseases like cancer, coronary heart disease, Alzheimer’s, and dementia.

A study conducted by Penn State University in 2017 found that mushrooms are especially high in two antioxidants, ergothioneine, and glutathione. And some species contain more than others. While the research is preliminary, Porcini mushrooms appear to be the best source of these two antioxidants.

And another piece of good news is that levels of ergothioneine and glutathione are unaffected by cooking.

For your history and etymology buffs out there, ergothioneine got its name from the fungus from which it was first purified in 1909: ergot.

This toxic fungus may have been partially responsible for a lot of the crazy that was perpetrated at the Salem witch trials in the late 17th century. Scholars have suggested that the moldy ergot grew on rye that was planted just before a cold winter and harvested after a wet spring.

And those who ate the bread made from the grain likely suffered convulsions and hallucinations. Once the grain ran out, the trials quickly ceased. But don’t worry — the ergothioneine in edible mushrooms won’t make you see witches.

3. They may have anticancer properties. 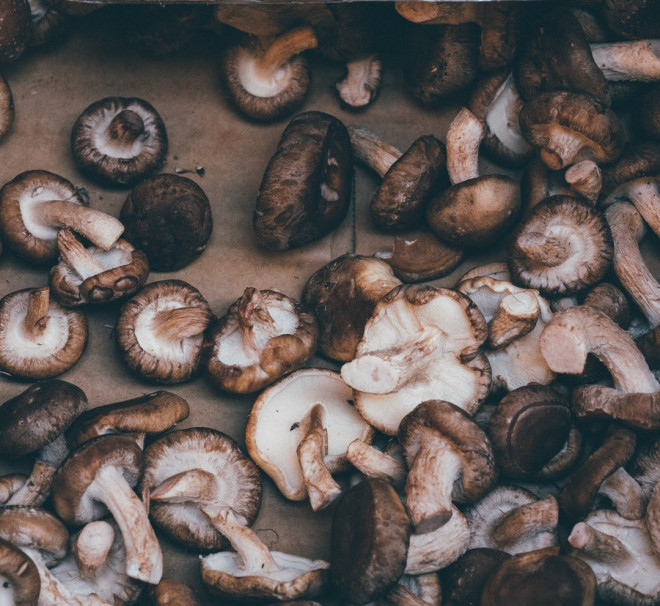 Researchers from the University of Western Australia in Perth conducted a study of 2,000 Chinese women, roughly half of whom had suffered from breast cancer.

The scientists reviewed the women’s eating habits and factored out other variables that contribute to cancer, such as being overweight, lack of exercise, and smoking.

They found that those women who consumed at least a third of an ounce of fresh mushrooms every day (about one mushroom per day) were 64% less likely to develop breast cancer. In the study, dried mushrooms had a slightly less protective effect, reducing the risk by around half.

Other research has found that white button mushroom powder was able to significantly lower prostate-specific antigen, or PSA, levels in men previously treated for prostate cancer. This may indicate a potential preventive application to reduce the risk of prostate cancer recurrence.

4. They may protect brain health and cognition. 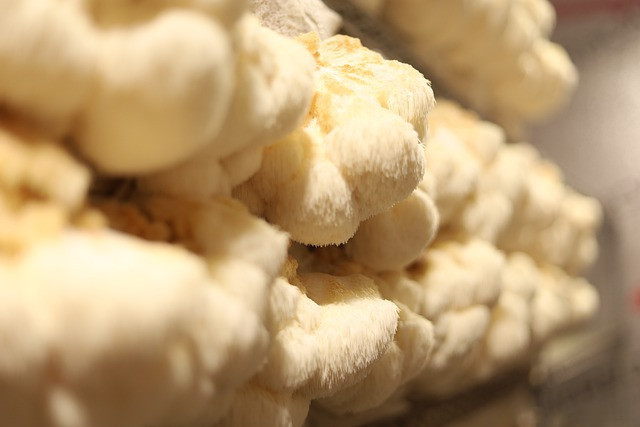 In a 2016 animal study published in the International Journal of Molecular Science, researchers examined the effects on the brain of H. erinaceus, or Lion’s Mane, a species of edible and medicinal mushroom.

Lion’s Mane was also the focus of a 2017 animal study, in which researchers found that supplementation given to healthy mice boosted neuronal function and improved recognition memory.

And in a 2018 study published in Behavioral Neurology, researchers found that Lion’s Mane promotes positive brain health by inducing nerve growth factor, which may help improve outcomes of ischemic stroke (the one caused by a blockage preventing blood from reaching the brain), Parkinson’s, Alzheimer’s, and depression if included in daily meals.

5. They are good for your heart. 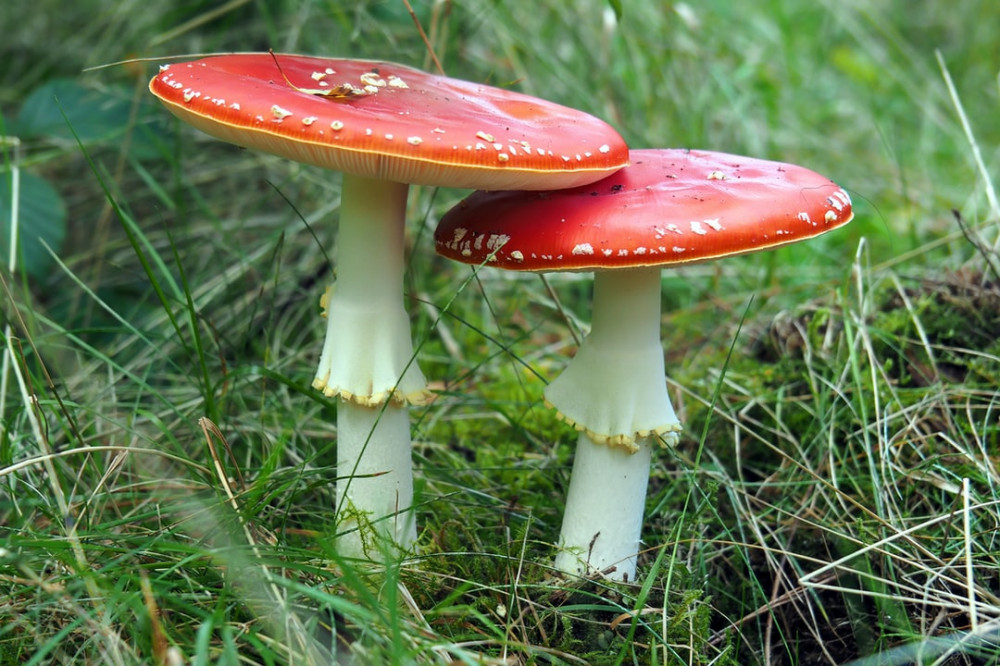 Furthermore, the researchers found that higher levels of ergothioneine can likely be supported by eating a diet rich in this amino acid, of which mushrooms are a significant source.

Other research has shown the reishi or lingzhi (G. lucidum) species of mushroom to offer specific cardioprotective effects because of its antioxidant activity.

6. They are good for your gut and digestive system.

Research shows that mushrooms act as a prebiotic — providing food for probiotics — and can help to stimulate the healthy balance and growth of your gut microbiota.

They improve and regulate the microbiome, which is critically important to overall health.

7. They may stimulate hair growth. 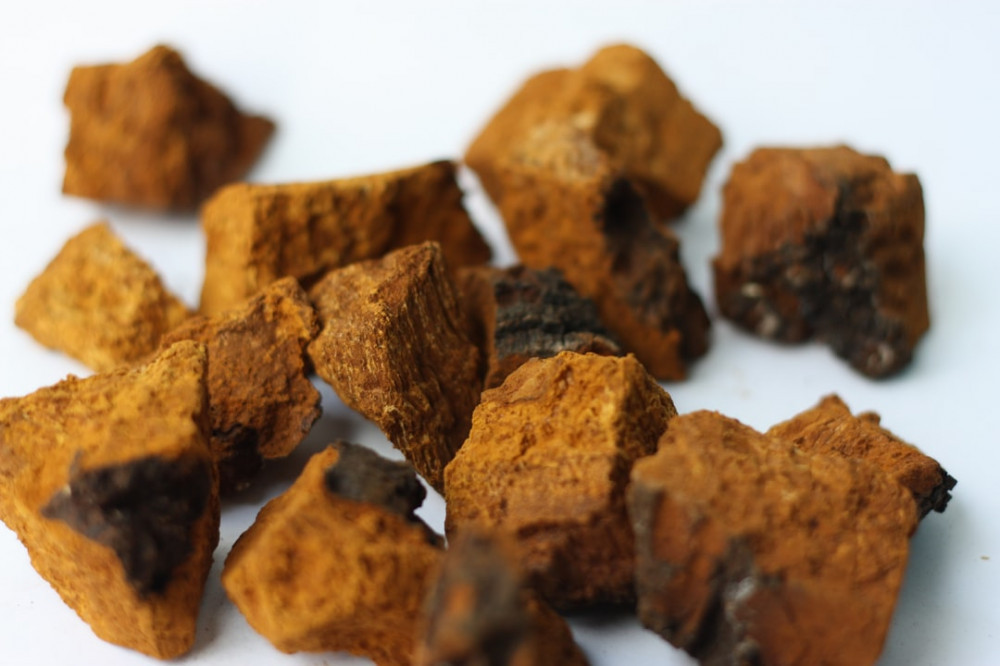 Some varieties of mushrooms have even been found to promote the healthy growth of hair follicles.

For instance, Chagas was commonly used as a shampoo in Mongolia to maintain healthy hair. Seeking to determine whether there was any science to back up this traditional Mongolian practice, researchers conducted a 2019 study that was published in the Journal of Natural Medicines.

The researchers found that Chagas was indeed a potential candidate for hair health applications and had a stimulative effect on hair follicle cells in a petri dish, doing more for the cells than an FDA-approved hair-growth drug, minoxidil.

Whether or not eating mushrooms will beat Rogaine in giving you a shaggy mane, however, is still unknown.

Not all mushrooms are edible.

In fact, many wild types are poisonous. So before you go foraging for mushrooms in the wild, make sure you know which types are safe to eat.

Poisonous mushrooms can cause a wide array of symptoms, ranging from mild gastric upset to death. One of the most treasured and delicious wild mushroom varieties, chanterelle, has a similar orange hue to the toxic Jack-O-Lantern (Omphalotus olearius), although only the Jack-O-Lantern glows at night.

So unless you’re a mushroom identification expert, it’s best to stick to the ones you can find at the grocery store or farmers’ market.

Some mushrooms are poisonous

Mushrooms are potent health-boosters, and their documented benefits are extraordinary. But unless you’re a trained mycologist (an expert who specializes in the study of fungi), it is not recommended to begin harvesting them in the wild because some wild mushrooms are poisonous.

There are so many varieties, species, and subspecies that a simple mistake could result in severe consequences or even death.

If you’re going to take a mushroom supplement, you want to look for a manufacturer that offers 100% organic mushroom extracts and supplements, produced, stored, and packaged under strict guidelines to preserve their nutrient content and overall effectiveness.

The mushroom supplement can be purchased online here.

Affiliate Disclosure: I am grateful to be of service and bring you resources, like this. In order to do this, please note that whenever you click the links in my posts and purchase items, in most (not all) cases I will receive a referral commission.

Please let us know in the comments below: