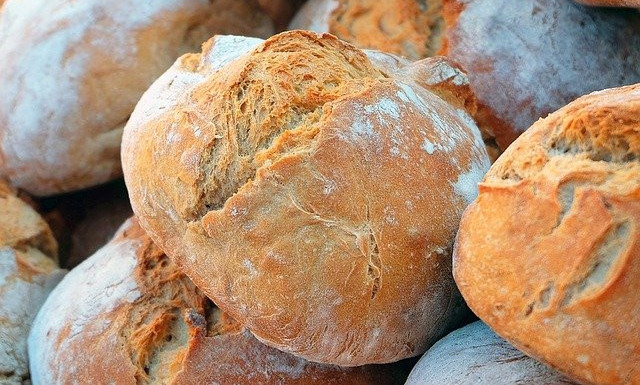 Bread is a staple food prepared from a dough of flour and water, usually by baking. Throughout recorded history, it has been a prominent food in large parts of the world.

Bread is the product of baking a mixture of flour, water, salt, yeast, and other ingredients. The basic process involves mixing ingredients until the flour is converted into a stiff paste or dough, followed by baking the dough into a loaf.

In almost all cultures, bread is considered a staple food. Bread provides more than physical sustenance. We use the phrase “breaking bread together” to indicate the sharing of a meal with someone.

Bread is mostly consumed any time of the day throughout the world in different forms such as bread toast, bread omelet, sandwiches, or even a side dish for some, etc. It comes in various types such as white bread, brown bread, and multi-grain bread. The white and brown bread are commonly consumed, let us see how this bread differs from each other in terms of texture, taste, and nutrition!

To understand the difference between white bread and brown bread we have to understand the structure of wheat grain from which these bread are produced. Wheat grain has three parts: the husk or bran layer, the core or endosperm, and the rest of the wheat grain that includes germ. 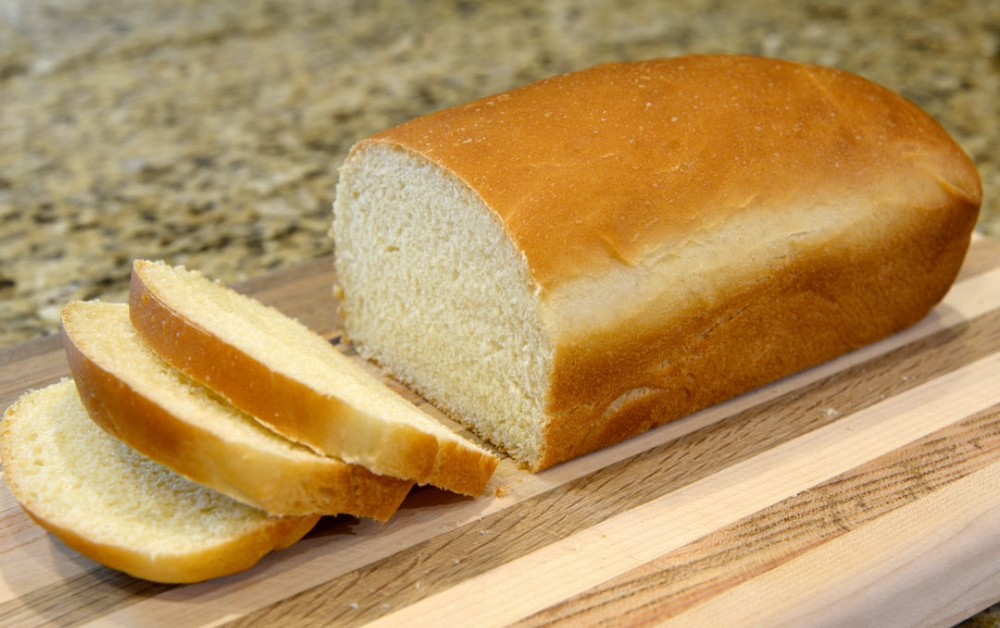 White bread is made from the endosperm part of the wheat grains that also gives the bread its white color. The bran and germ are removed from the grains during processing. After removing the bran and germ, the white flour is bleached using potassium bromate, benzyl peroxide, or chlorine dioxide.

So, it is highly processed bread made of refined wheat flour and mainly contains starch, and lacks most of the nutrients that are abundant in brown bread. In some countries, the manufacturers add vitamins, minerals, and nutrients to white bread to make it more nutritious. Wheat bread is softer than brown bread as it does not contain bran and germ. 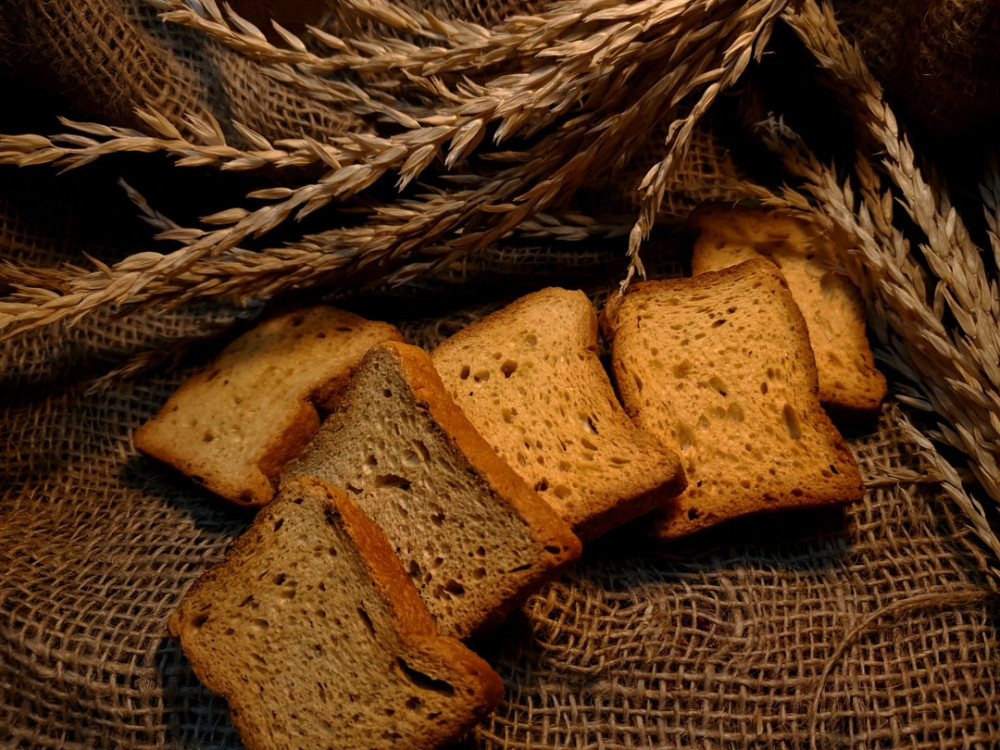 The making of brown bread does not involve the processing of wheat grains so it is made of unbleached or unrefined whole wheat flour. It is also called whole wheat bread as all parts of the grain are used in making the brown bread. It is hard than white bread as it contains bran that pops off the bubbles during the baking process 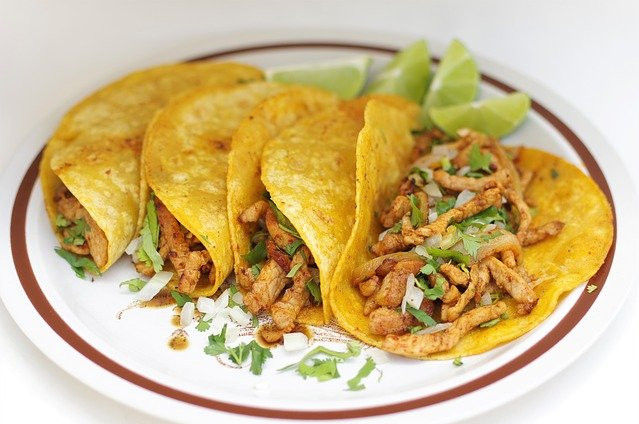 According to history, the earliest bread was made in or around 8000 BC in the Middle East, specifically Egypt. The quern was the first known grinding tool. Grain was crushed and the bakers produced what we now commonly recognize in its closest form as chapatis (India) or tortillas (Mexico). 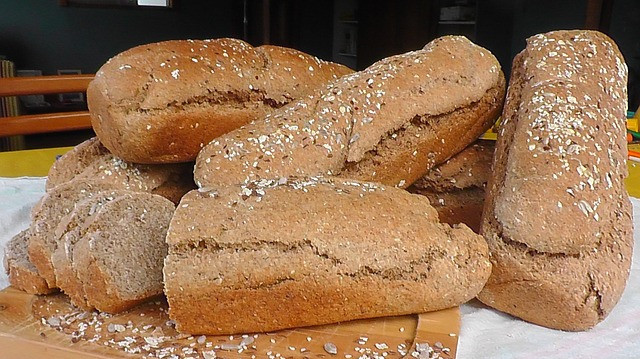 Bread is rich in complex carbohydrates. Carbohydrates are an important part of our diet as they provide us with energy.

Our bread contains various B vitamins, including Thiamine (Vitamin B1) and Niacin (Vitamin B3) which are essential for releasing energy from food.

Bread, especially wholemeal, is an important source of dietary fiber which helps to keep our digestive system healthy, helps control blood sugar and cholesterol levels, and makes us feel fuller for longer.

Bread is high in carbs, low in micronutrients, and its gluten and anti-nutrient contents may cause issues for some people. Still, it’s often enriched with extra nutrients, and whole-grain or sprouted varieties may bestow several health benefits. In moderation, bread can be enjoyed as part of a healthy diet

The 7 Healthiest Types of Bread 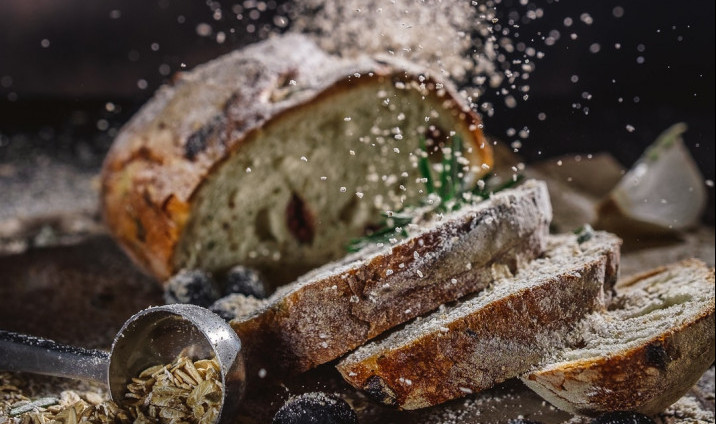 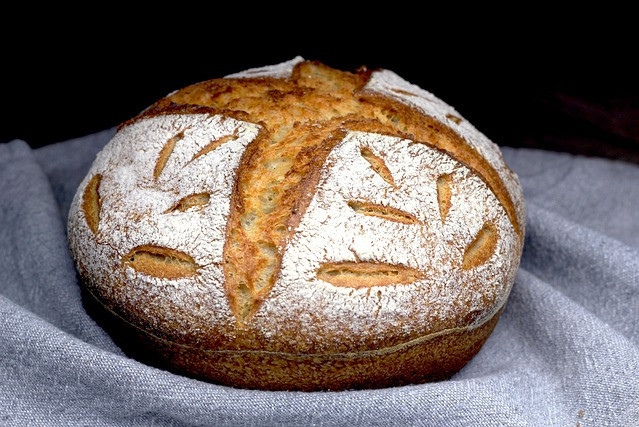 Sourdough is a calorie-dense bread, meaning it can be hard to maintain your weight. Although white bread is ideal for fairy bread, it is the least healthy option. Sourdough is easier to digest and can help regulate blood sugar levels.

According to some studies, sourdough bread acts as a prebiotic, which means that the fiber in the bread helps feed the “good” bacteria in your intestines. These bacteria are important for maintaining a stable, healthy digestive system. Sourdough is also lower in gluten than other forms of bread. 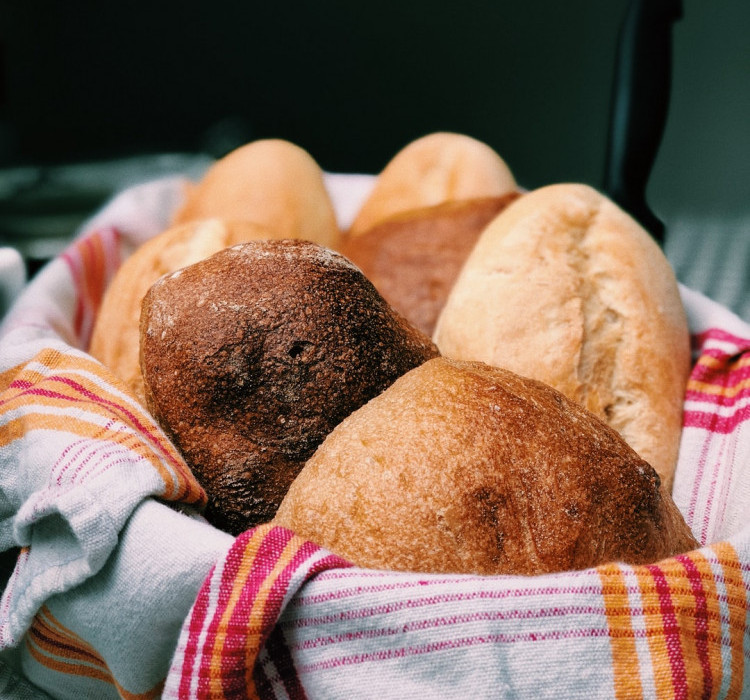 If it’s 100% whole wheat, the first ingredient listed in the ingredient label will be whole-wheat flour or 100% whole-wheat flour. With all those nutrients in one package, it’s no wonder whole grains provide so many health benefits, including protection from heart disease, stroke, diabetes, obesity, and some cancers. 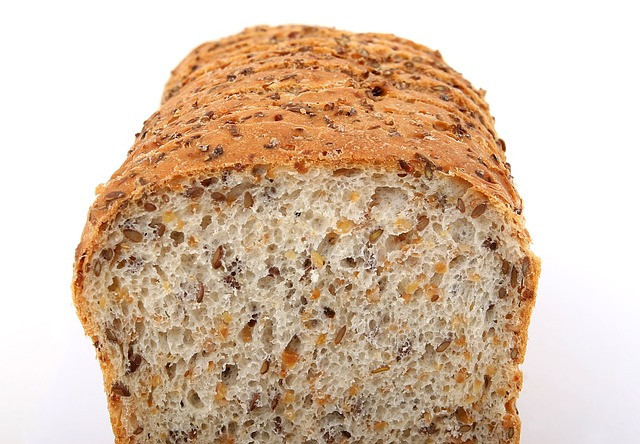 Oatmeal Bread is made with rolled oats, whole wheat flour and sweetened with honey. Rolled oats, especially in baked goods give them a nice texture, flavor, and some added fiber. Oats contain large amounts of a specific type of fiber called beta-glucan, which studies have consistently linked to healthier cholesterol scores and a reduced risk for diabetes and cardiovascular disease 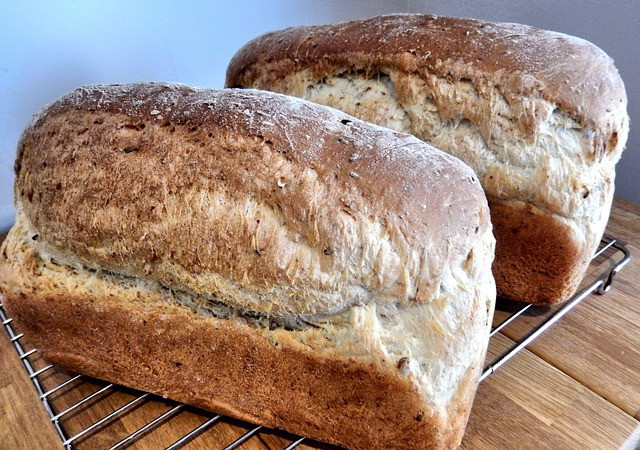 Flax bread, which is made primarily from whole-grain flour and flax seeds, is one of the healthiest bread you can eat. This is because flax seeds are highly nutritious and offer a number of health benefits.

Among all the reliable methods of weight loss, flaxseeds are one of the most effective foods that help you lose extra kilos. Enriched with fiber, Omega 3 fatty acids, and antioxidants, flaxseeds increase your body’s efficiency to lose weight. 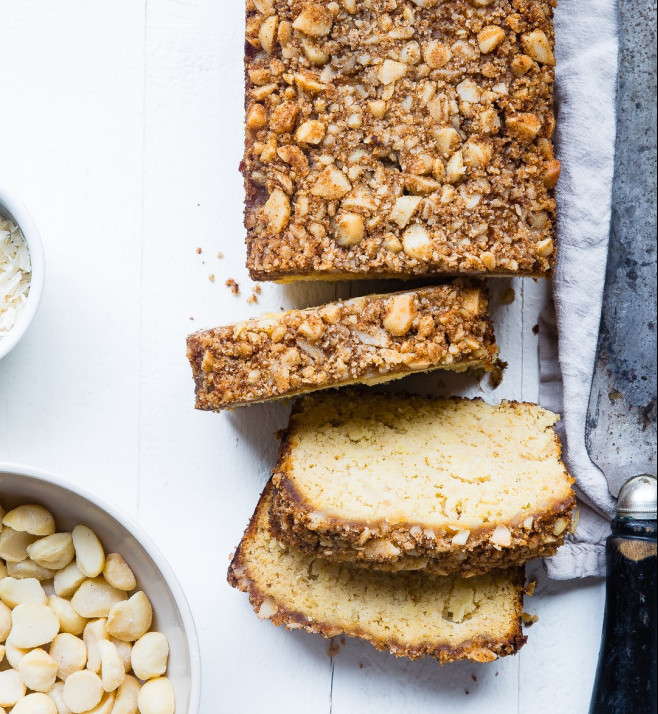 Traditional rye bread is only made from rye flour and does not contain any wheat flour, whereas most modern rye bread is made from a combination of the two. Rye loaves also typically have caraway seeds baked into them. When compared to wheat, rye is often considered more nutritious.

Rye bread contains gluten, making it unsuitable for people on a gluten-free diet, such as those with celiac disease. May be high in added sugar. In some parts of the world, rye bread is high in added sugar to enhance itts taste. Added sugar is unhealthy and can add unwanted calories to your diet. 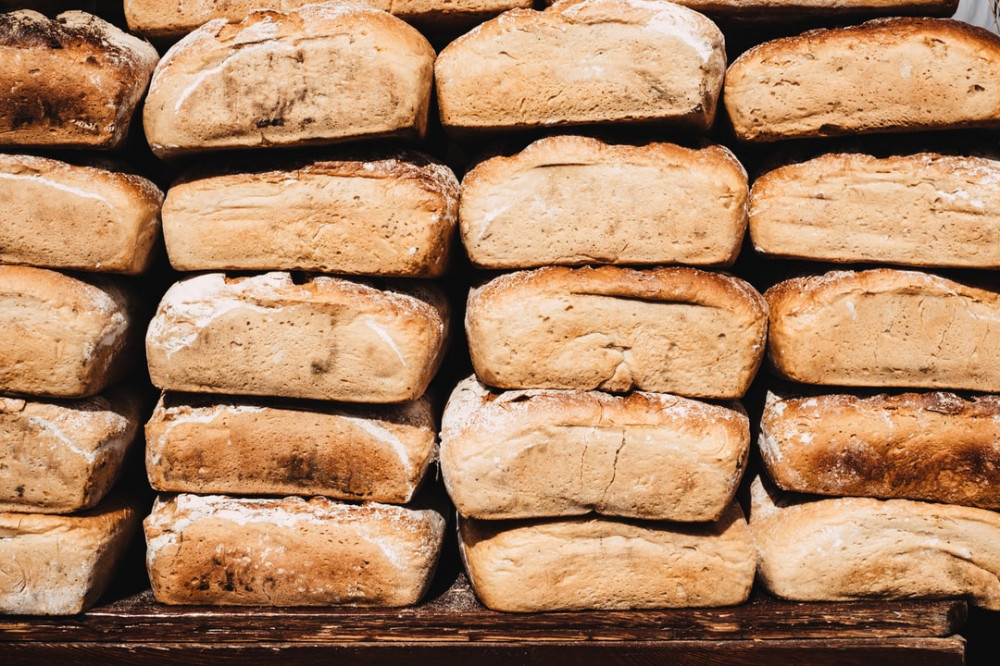 Gluten-free processed foods tend to be higher in calories, fat, and sugar and lower in fiber. Additionally, gluten-free bread is denser, which means that you are getting more calories in a smaller piece of bread. This is the opposite of what you want for successful weight loss.

Multi-grain bread has barley, wheat, oats, corn, buckwheat, millet, and flaxseeds. Its densely rich in fiber and other healthy nutrients. All this makes it ideal for weight loss. It keeps you fuller for longer and thus stops one from binge eating.
Eating bread won’t make you gain weight. Eating bread in excess will, though — as will eating any calories in excess. Bread has the same calories per ounce as protein

Please let us know in the comments below:

Information on this site is not intended to diagnose, treat, cure, or prevent any disease. We encourage you to do your own research. Seek the advice of a medical professional before making any changes to your lifestyle or diet.

AsYouEatSoAreYou.com likes to share. Please feel free to repost articles as long as you always link back to the original and credit the author. Thank you ever so much.